South KoreaPresident has denied insulting the United States after he was caught on a hot microphone calling US lawmakers ‘f***ers’ who could humiliate president Joe Biden.

Yoon Suk-yeol claimed to have been mistranslated, sparking more domestic disbelief on Friday.

He was overheard on a hot microphone and seen on camera seemingly insulting US lawmakers for paying the extra $6 billion (£5.3 billion) in aid to the United States. United Nations Global Fund.

Yoon was recorded shortly after a brief meeting with US President Joe Biden at the Global Fund in New York.

In images published Thursday on the official YouTube channel for South Korean television MBC, Yoon can be seen walking along the stage after speaking with Biden before turning to his aides and speaking.

“How could Biden not lose face if these f****rs don’t make it through Congress?” he seemed to be saying about Biden’s drive to increase the US contribution to the Global Fund, which would require congressional approval.

The Washington Post put it differently: “It would be so humiliating for Biden if these idiots don’t make it into Congress.”

The images quickly went viral in South Korea, with a YouTube video garnering five million views in less than a day and the Korean expletive Yoon reportedly trending on Twitter.

Opposition lawmakers accused Yoon of insulting Biden and disgracing South Korea, as the media initially reported Yoon saying Biden would be ashamed if Congress does not pass a bill regarding funding for a global initiative.

Yoon’s rude comments have also sparked criticism from some members of his own party, which the leader called “deeply regrettable.”

But the spokeswoman for the president’s office, Kim Eun-hye, said Yoon had “no reason to talk about the US or utter the word ‘Biden’.”

At a news conference in New York on Thursday, Kim claimed that Yoon didn’t actually say “Biden,” but a similar-sounding Korean word, and that he was referring to South Korean, not American, lawmakers.

Yoon and Biden had scheduled casual talks in New York, but ended up only having a 48-second call at the Global Fund. Yoon’s office said this was a “Plan B” due to changes in Biden’s schedule, and said they also met in London when Yoon raised the issue of EV subsidies.

The brief meeting came amid growing trade tension between the two allies over the Biden government’s new rules on electric vehicle subsidies.

This is just the latest in what critics say is a series of diplomatic missteps by Yoon, who arrived after attending Queen Elizabeth II’s funeral in London.

Yoon’s opponents accused him of disrespect for missing the opportunity to see the queen’s coffin in state — which he blamed on the heavy traffic.

Controversy erupted earlier after Japanese media reported that Kishida had considered canceling a meeting with Yoon.

An official in Yoon’s office said there was a “disparity of opinion” over the timing of the talks announcement and Tokyo appeared “cautious” as both sides explore ways to improve tense ties.

A ruling party MP suggested that the television station that first reported the hot-mic comments would be prosecuted. 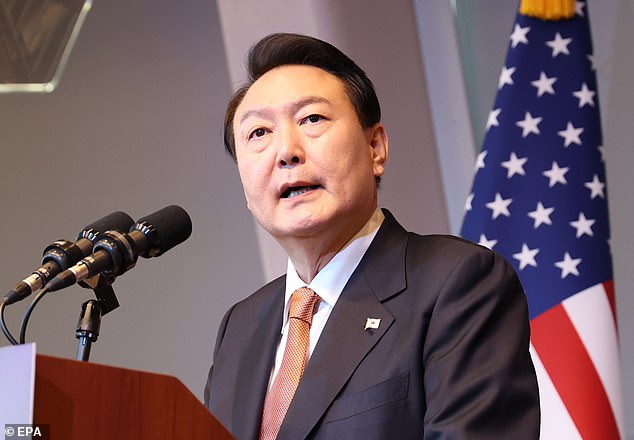 Yoon’s rude comments have also sparked criticism from some members of his own party, which the chairman called “deeply regrettable.” 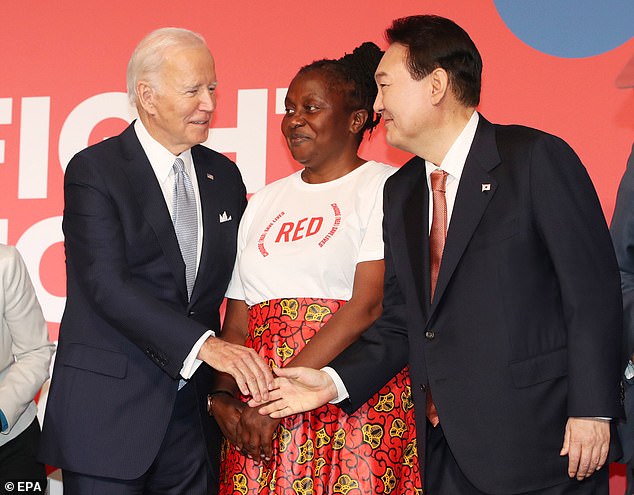 “How could Biden not lose face if these f***ers don’t make it through Congress?” he told Foreign Minster Park Jin, according to a translation by Agence France-Press 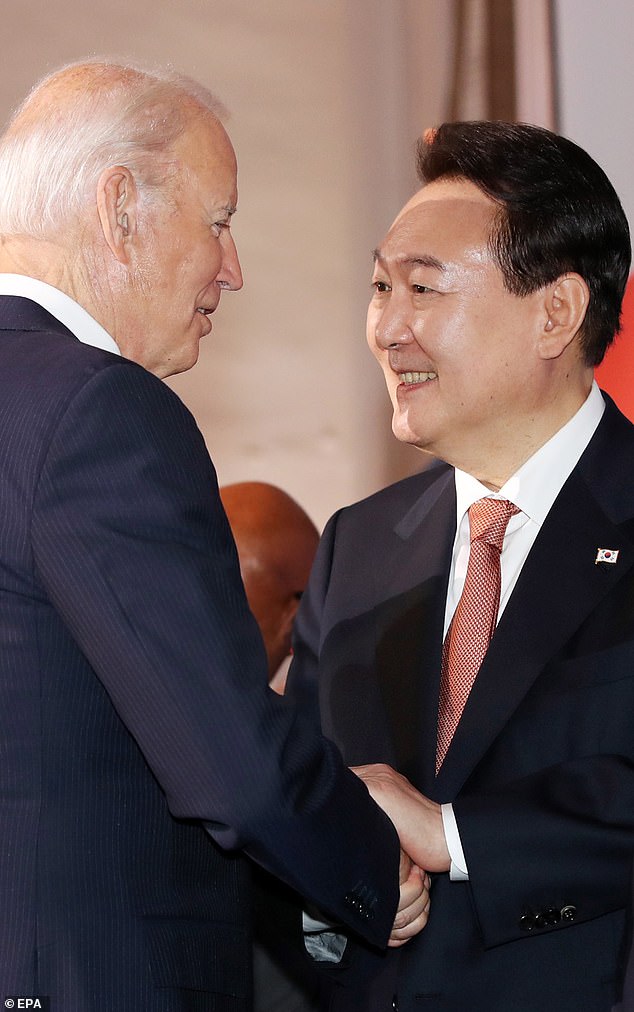 “MBC must be held seriously responsible for its report that has damaged the irreplaceable alliance between the US and Korea,” MP Yoon Sang-hyun wrote on his Facebook account.

But online, many expressed doubts about the government’s response.

“It is utterly shameful and embarrassing for our children that our presidential office has come up with such an excuse,” a YouTube commenter wrote.

The opposition said Yoon’s official denial was akin to telling South Koreans they were “hard of hearing,” Democratic Party MP Chun Jae-soo said in a radio interview on Friday.

In August, he raised eyebrows when he failed to meet US House Speaker Nancy Pelosi when she was in South Korea because he was on a staycation. Some claimed he deliberately avoided the speaker for fear of retaliation from Beijing.

Handing over an additional $6 billion to fight AIDS, tuberculosis and malaria would require Congressional approval.

The United States is South Korea’s main ally on security, with Washington stationing about 27,000 troops in the country to help fight nuclear-armed North Korea.

Yoon, a former prosecutor, struggles with low domestic approval ratings, with the latest poll Friday after the hot-mic incident showing it was 28 percent.