A MAN has become so angry after his neighbors made a “passive-aggressive comment” about their dogs’ barking that he now feels he should put up a fence to keep them out.

“My neighbors put up a sign that said ‘If our dog barks at you, we probably won’t like you either’ and looked right at him in front of our porch,” he wrote.

“I’ve lived here for the past three years and we can hardly go out or take guests without their 4 dogs (one of which is a loud and violent German Shepherd) barking at us at full blast.

“As someone who enjoys being outdoors, I’d say that pretty deeply dampened my enthusiasm for having them as neighbors.”

Next to the note, the “neighbor is incredibly annoying”. 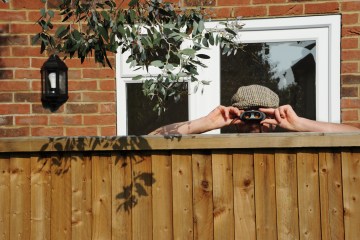 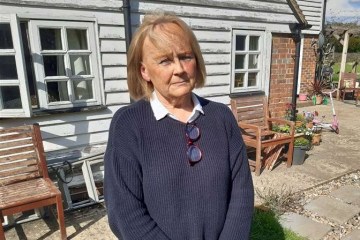 He continued: “She is constantly curious or commenting on what I or my wife are doing ‘Watering the garden again?’ or ‘She is work on the car? Why not? you?’ or ‘don’t use that cleanser, use this Clorox product you just said you had already tried’.

“Like it’s never a kind compliment or comment, always some sort of condescending Boomer-esque comment, criticism or suggestion based on whatever we’re doing at the time.

“As if it’s not enough to be annoyingly intrusive and ruin other people’s privacy, but you have to be an asshole about it and also waste time and money on a board?

“Their yard is literally an eyesore, but this is somehow at the top of their list.”

In conclusion, he wrote: “Any idea how I should look at this?”

People were quick to respond to the situation, with one writing, “Order an ultrasonic clicker.

“If they bark, point and click. It won’t hurt them.”

“Time to put up a fence,” commented another.

To which the husband replied, “We are struggling to find a surveyor’s ATM and the wife is distracted by other projects in the house, but a nice wooden fence to keep our yard out of sight would be great.

“You should put up a big sign across from their property that just says ‘OK,'” added someone else.