The singer, 53, is one of 15 famous faces taking part in the 20th series of the BBC dance competition.

Tonight it was revealed that Matt is working with Strictly Come Dancing pro Nadiya Bychkova this year.

And he seems to have gotten mixed opinions on social media.

Another said: “Loosen a little bit Matt, it’s supposed to be a fun show. #Strict.” 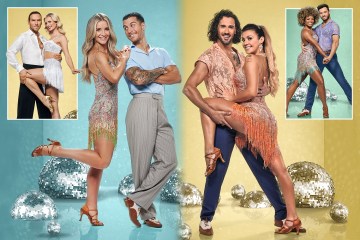 Meanwhile, a third referred to a popular fictional character from The Office.

David Brent is the alter ego of Ricky Gervais from the popular show.

Others are overjoyed that Matt is participating Strictly Come Dancing.

Another agreed: “I gave up strictly 2 years ago. I’m just here for Matt Goss,” with a love heart emoji.

A sixth said: “#Strictly first timer here… tipping Matt Goss for the win… as much as I love him.”

Matt is best known as a member of the 80s pop group Bros with his twin brother Luke and friend Craig Logan.

The star was the lead singer of the group, whose debut album Push went four times platinum and stayed on the UK charts for 54 weeks.

Speaking about signing up for the show, he explained that it was so hidden that he even had his own nickname for producers to make sure it wasn’t revealed.

He said: “I’ve been asked to do it before, but I honestly think for me where I’m in my life, 11 years in Vegas, all the venues I’ve played – I just want to get out of my own way, let a little loose and have fun.

“I’m quite shy offstage. I have to face all those demons and just learn.”