Strictly Come Dancing’s Kym Marsh has broken her silence after it was revealed she’d had previous dance training.

The Sun exclusively revealed earlier this week that Kym, 46had professional dance experience while starring in Saturday Night Fever in London’s West End in 2004.

In the role of Annette, she was seen on stage every night after receiving dance training from top choreographer and former Strictly Come Dancing judge Arlene Phillips.

utilities Kym — who previously said she was just “faffing” onstage while in the pop band Hear’Say — has spoken out about her dance experience, insisting she has no advantage in the competition.

She said: “I did a little [of dancing] when I was young, but that was your typical ballet and tap thing as a kid. I also went to drama school for a year, but I really only did the basics.

Kym continued: “Then during my time with Hear’Say, I found the
dance element very difficult, we did a tour and doing all the dance routines before that was difficult! The choreographer always laughed at me because I always said ‘I can’t’.” 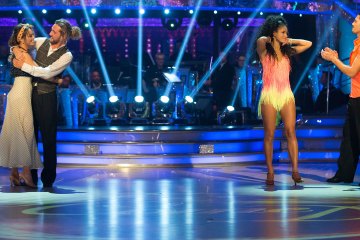 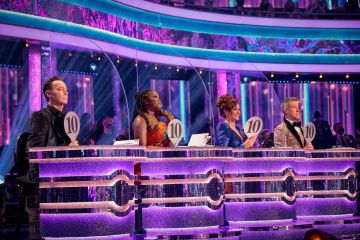 As for her turn on the stage, she added: “I was on Saturday Night Fever in the West End for six months, but I had a part that needed little.
dancing, and that was a bit on purpose.

“So not a lot of experience, a little, but not enough to
count myself as a dancer.”

Strictly judging Craig Revel Horwood added fuel to the row over dance experience earlier this week after she claimed Kym had danced before.

Craig, 57, tipped her to do well in this year’s Strictly as she already knows her way around a dance floor.

In an interview with Best magazine, he gave his take on this year’s celebrity contestants, saying, “Kym Marsh has danced before and I think she’ll be a good fit.”

However, another source close to Kym downplayed the level of dance training she has had.

They insisted, “Arlene directed the show, but she and Kym had a separate choreographer to teach the dance routines. Kym’s character only had a few minor choreographic dance routines, and this was 18 years ago as well, so it’s not going to give Kym any kind of unfair advantage.” .”

Other Strictly contenders this year such as Loose Women’s Kaye Adams59, and actor Will Mellor, 46, have no professional history on the dance floor and no dance experience.

Kym, who starred as Coronation Street’s Michelle Connor from 2006 to 2019, also admitted last month that she started taking dance lessons at the age of four.

She told Cheshire Life magazine: “I loved performing from a very young age. I went to dance school when I was four, but my parents didn’t know I could sing until I was ten.

Kym also confessed that producers of the reality TV series Popstars had specifically requested that audition members be able to “sing and dance.”