Elon Musk has pulled out of his legal battle against Twitter and is again proposing to buy the company for $44 billion in a sudden turnaround weeks before they were due to appear in court.

Musk changed course because he and his legal team believed they would lose in the trial anyway, according to sources quoted by Bloomberg on Tuesday.

Had he lost, he would have been ordered by a Delaware court to go through with the sale after a costly and embarrassing battle.

The judge presiding over the dispute is Chancellor Kathaleen McCormick, who recently rejected his request for a postponement of the trial and who he feared would not rule in his favor, according to Bloomberg sources.

If the deal goes through, Musk would own the company within weeks. He has not publicly commented on the new offer.

Instead, he tweeted Tuesday that his internet satellites were not making any money and asked his followers for “support.”

Shares trading was halted on Tuesday as news of his offer emerged and the company’s stock price rose 13 percent.

On Tuesday morning, Musk wrote in a letter to Twitter, proposing to buy the company for $54.20 a share – his original offer. 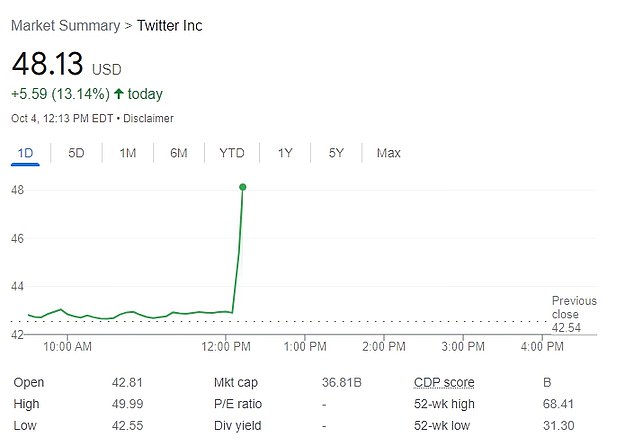 On Tuesday morning, Musk wrote in a letter to Twitter that he proposed to buy the company for $54.20 a share. At the start of trading, the shares were at $42.90. After news of his proposal came out, they rose to $48.13. Now trading has been halted to prevent them from rising further in the face of the news 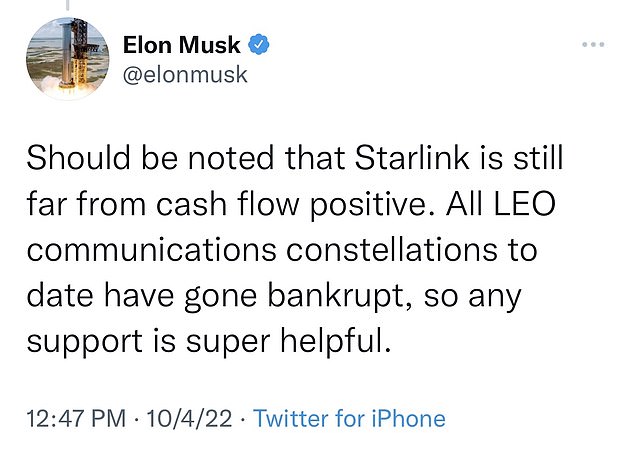 He has not publicly commented on the new offer. Instead, he tweeted Tuesday that his internet satellites weren’t making money and asked his followers for “support”

TIMELINE OF ELON MUSK’S CHAOTIC ATTEMPT TO TAKE OVER TWITTER

April 2: Musk announces he owns 9.2 percent of the company, making him the largest shareholder

8 July: Musk says he is pulling out of the deal.

Twitter is suing him and trying to force him to endure it.

4 October: Musk again proposes to go ahead with deal at original price

Musk’s original offer in April was to buy the company for $44 billion — 38 percent more than what the market was saying at the time.

But after months of back and forth, he tried to pull out of the deal in July, citing Twitter’s apparent refusal to provide enough information about how many spam and bot accounts were active on the site.

Twitter sued him for trying to back out and the two sides would fight it out in a civil lawsuit in a few weeks.

Tuesday’s new proposal puts an end to that dispute, though it’s unclear why Musk changed his mind.

He will likely own the company within days now, sources quoted by CNBC said.

It comes within days after super agent Ari Emanuel, one of Musk’s friends, urged Twitter to settle a settlement with him before the court date.

Hollywood titan Emanuel recently contacted Egon Durban, a member of Twitter’s board of directors, urging him to end the dispute.

Emanuel is friends with both Musk and Durban, who is on the board of his company Endeavor.

Musk’s withdrawal from the lawsuit marks a surprising end to the months-long saga.

In April, Musk announced that he was Twitter’s largest shareholder, with 9.2 percent of the company.

He then proposed to buy his company and spoke publicly about how tired he had become of the bias and crushing of free speech.

Months of back and forth followed, and Twitter employees collapsed at the thought that unpredictable Musk would become their new boss.

In July, however, the Tesla billionaire announced that he wanted to withdraw from the deal. He said he demanded to see how many bot accounts were active on the site, and Twitter declined. 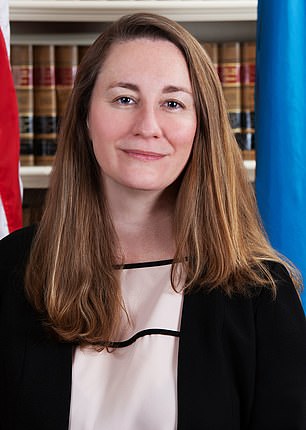 Musk feared Chancellor Kathaleen McCormick, who recently rejected his request to postpone the trial, would not rule in his favor, Bloomberg said.

Twitter then sued him, claiming he couldn’t get out of the deal so suddenly and accusing him of general, reckless mischief.

“From the outset, the defendants’ inquiries were intended to try and win the deal.

Musk’s increasingly outlandish requests reflect not an actual investigation of the Twitter processes, but a lawsuit-driven campaign to try and create a record of Twitter’s non-cooperation, the company’s lawyers said in a July filing. .

Both sides were scheduled to face trial in Delaware on October 17.

He was replaced by Parag Agrawal.

Leaked texts revealed how Jack Dorsey, the former CEO of Twitter, supported Musk’s idea. He said: ‘We need a new platform. It can’t be a business. This is why I left.’ 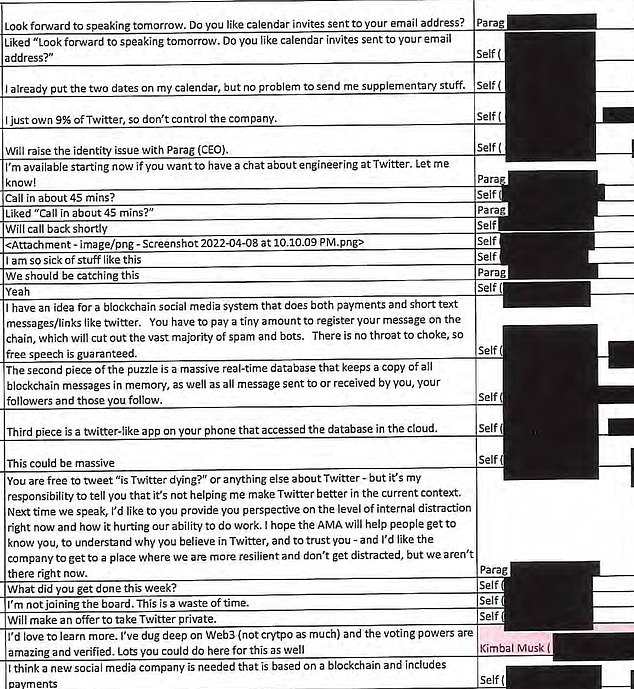 Texts from April 9 (above) reveal a feud between Musk and Agrawal. Musk had made suggestions to improve the website and seemed eager to join the board. When ignored, he said he would offer to take the company private and that trying to improve it was a “waste of time.” 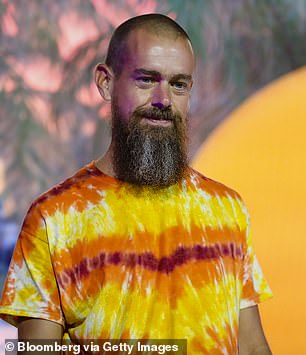 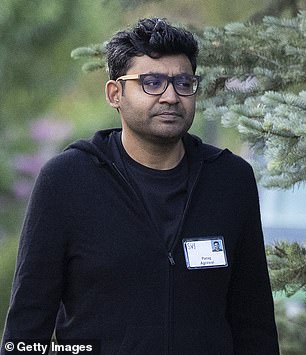 Twitter founder Jack Dorsey (left) had been trying to get Musk on the board for at least a year and said he was stepping down after opposition from the board. He also offered to smooth things over between Musk and current Twitter CEO Parag Agrawal (right).

Initially, Musk was invited to the board of the current, publicly traded Twitter.

He exchanged friendly text messages with Agrawal and seemed eager to improve the site.

But when his suggestions were ignored, he went nuclear and threatened to buy Twitter and keep it private to make the changes he thinks the site needs.

“This is a waste of time,” he angrily told Agrawal in a text message in April before tweeting about the site.

The lyrics were revealed in court files last week, along with others by former Twitter CEO Jack Dorsey, who was excited about Musk’s joining the board.

“I’m not on the board, this is a waste of time,” Musk told Agrawal on April 9.