Ursula von der Leyen, the president of the European Commission, said today she is “very confident” that a deal can be struck to end the Brexit drive past Northern Ireland.

During a two-day visit to Dublin, Ms von der Leyen urged Brussels to show a “constructive approach” to the dispute over post-Brexit trade rules.

She also stressed that the EU has been “listening very carefully to people’s and businesses’ concerns” about the implications of the Northern Ireland Protocol.

Ms von der Leyen’s comments will further raise hopes for an imminent breakthrough in the ongoing talks on the protocol.

Both the EU and the UK have recently pointed to improved ‘mood music’ around discussions as both sides want to move beyond a bitter row over Britain’s threat to unilaterally tear up the Protocol using new legislation in Westminster. 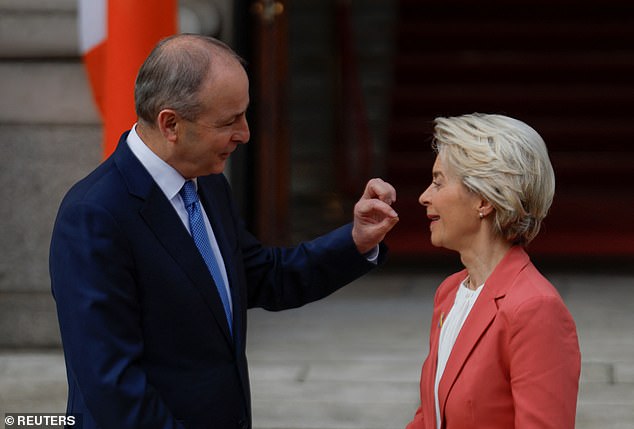 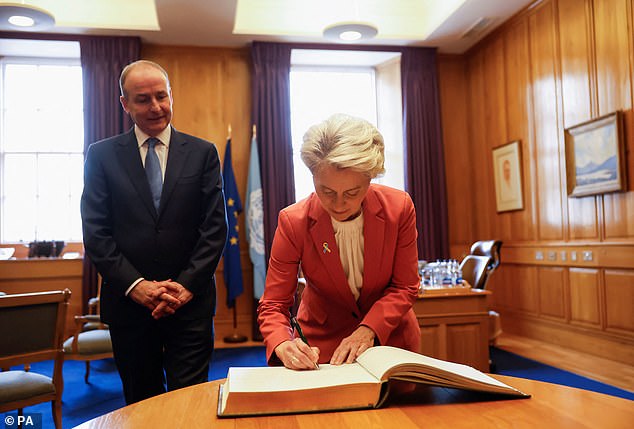 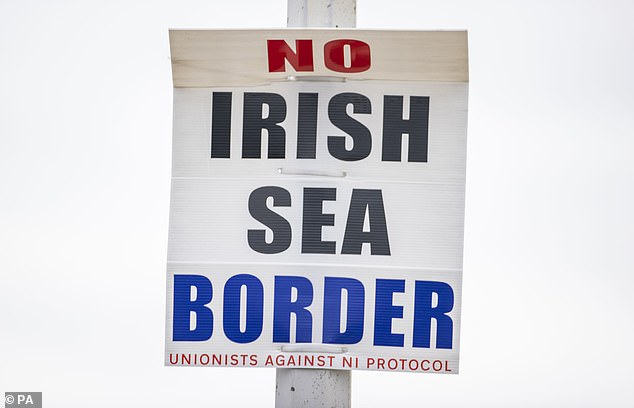 The protocol was created to avoid a hard border on the island of Ireland.

But Britain has attacked the EU for being too rigid in its implementation of the Brexit deal, such as imposing ‘bureaucratic’ controls on goods moving across the Irish Sea.

Unionists in Northern Ireland also fear the protocol has weakened their position as part of the UK.

The DUP continues to block the restoration of a power-sharing government in Northern Ireland in the absence of reforms to the Protocol.

Both were positive about finding a ‘solution’ to the quarrel over protocol, with Mr Sefcovic pledging to ‘make the most of this clear opportunity’.

Prior to their call, Ms. von der Leyen also raised expectations that an agreement could soon be reached to end the Protocol row.

She said: ‘We, the European Union, have listened very carefully to the concerns of people and businesses in Northern Ireland.

“We have always shown flexibility, we will always have a constructive approach to these issues.

“If there is the political will in the UK, I am confident we can come to a positive conclusion.” 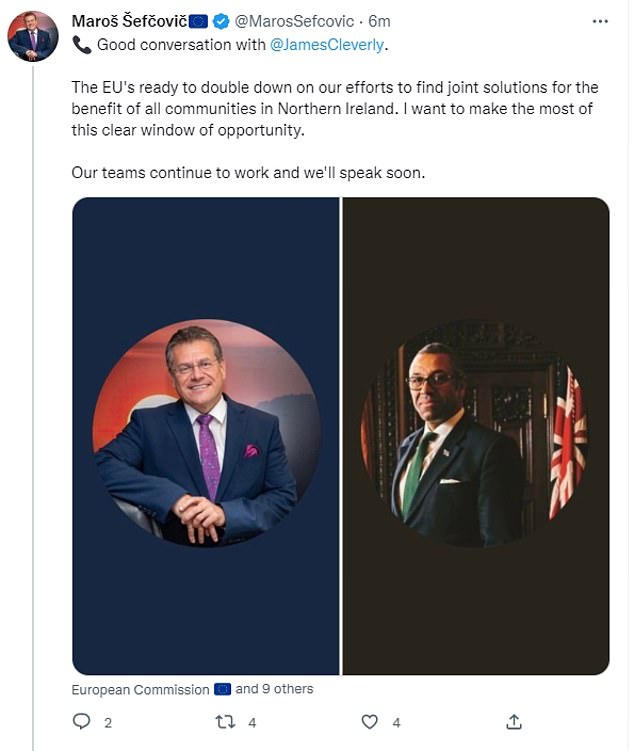 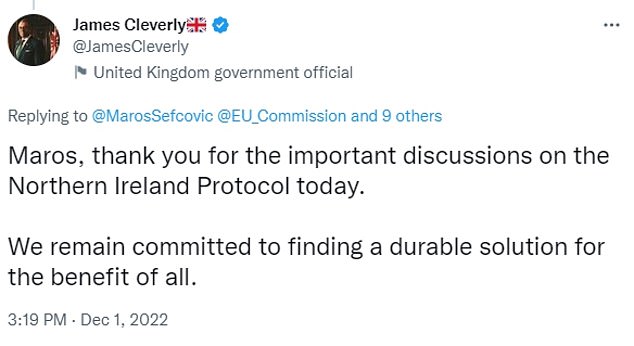 But the European Commission president also warned that the EU’s “very close cooperation” with Ireland on Brexit issues will not weaken.

“It was rock solid and is rock solid, and this is so important,” she said after being greeted by Ireland’s Prime Minister Micheal Martin in Dublin

“I know Brexit meant a lot of adjustment for Ireland, but you’ve done that very successfully as far as I can see.”

She added: ‘I am pleased that our talks with London today are characterized by a new, more pragmatic spirit, because the EU and the UK are still members of the same extended family, even though we no longer live in the same house.

‘I can promise you that when the EU meets with our British friends, we will do so with ‘an honest heart and an open mind’ – to quote the great Irish band The Saw Doctors.

“By using common sense and focusing on the issues that really matter in Northern Ireland, I believe we can make progress in resolving the practical issues surrounding the protocol.”