We heard a lot of “boosterism” from Boris Johnson. It was all talk. Today, Liz Truss can deliver something much more concrete.

Boris hoped a post-Brexit feel-good atmosphere with a barrage of optimism under all circumstances.

truss and Chancellor Kwasi Kwarteng wants to actually achieve this by lowering taxesreversing the National insurance increase and put more money in our pockets. And stopping the insane corporate tax hike will certainly hit investment.

We all applaud it. Economic growth has been stagnant for years, partly due to the highest tax burden in decades. Truss may be the defibrillator we need.

Politicians on the left and their pet economists seem outraged at any attempt to end the stagnation that started under Labor and continued with the Tories.

They seem to be content with what they see as our country’s slow decline. 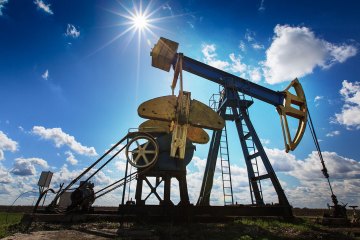 The same mob is now also unearthing their tired old Russian-backed falsehoods fracking — whose ban has finally been lifted.

Our only fear of the Truss Revolution is the cost.

The loan needed, on top of the utility bill bailout, looks terrifying.

But it is time for courageous leadership and a new economic strategy.

UNION bosses love nothing more than to drag out a wage dispute, with frequent strikes.

It gives them the chance to be on TV and be pelted by the BBC and others. Moreover, it costs them nothing personally. Most are richly paid.

Their members usually just want a reasonable rise and back to work. Therefore, it makes sense to force unions to submit all offers to them.

The brothers will say that any offer lower than what members originally demanded is meaningless. But during disputes, opinions and circumstances change. Those members should vote on a lesser deal. It might be good enough.

Anything that prevents a small cabal of militant champagne socialists from prolonging the misery of the public for their own amusement is welcome.

THE brigade of the open borders acts as if asylum seekers are not a real burden.

But we now know what that burden is: a staggering £2 billion a year, of which £1.3 billion are hotel bills.

That figure is only set to rise, with more than 30,000 illegal migrants on our beaches so far this year.

Our new government promises to finally put an end to this scandal. How exactly? Liz Truss even failed to say it to President Macron in New York. Why?